On 1 December 20021, Potatoes South Africa (PSA), the mouthpiece for the potato industry, launched an impactful and heart-warming #PassThePotato campaign. #PASSTHEPOTATO is a charitable initiative aimed at encouraging South Africans to donate a bag or more of potatoes to anyone in need this festive season. It is about giving back and touching lives. We urge all South Africans to join the initiative!! As they say, doing good is good business.

Against the backdrop of the country’s growing food crisis, Potatoes South Africa has stepped up to the plate to donate over 2,000 kilograms of potatoes to feed the hungry this festive season – and is challenging other South Africans to “pass the potato” and do the same. Highlighting the depths of the crisis currently gripping the country, a recent Ipsos study revealed that as many as 46% of households experienced hunger during the COVID-19 pandemic, impacted by job losses, economic pressures, and rising food prices. Meanwhile, unemployment rose to new record highs of 34.9% in the third quarter of 2021, seeing thousands more breadwinners lose their livelihoods, and further exacerbating issues of food insecurity.

On behalf of the country’s potato industry, the organisation launched a new charitable initiative called “Pass the Potato”. This initiative aims to encourage South Africans to donate potatoes to those in need, and to challenge friends and family members on social media to do the same using #PassThePotato. To kickstart the campaign, the organisation has provided hundreds of bags of potatoes for the cause, including 50 bags personally donated by PSA CEO Mr Willie Jacobs as a gesture of goodwill in honour of his fiftieth birthday. These potatoes are being distributed to various charities around Gauteng, sharing the gift of food security in what could be termed the country’s worst festive season.

The initiative is envisaged to close in February 2022. PSA urges all South Africans by joining hands to fight food insecurity together.

HOW TO JOIN THE MOVEMENT? 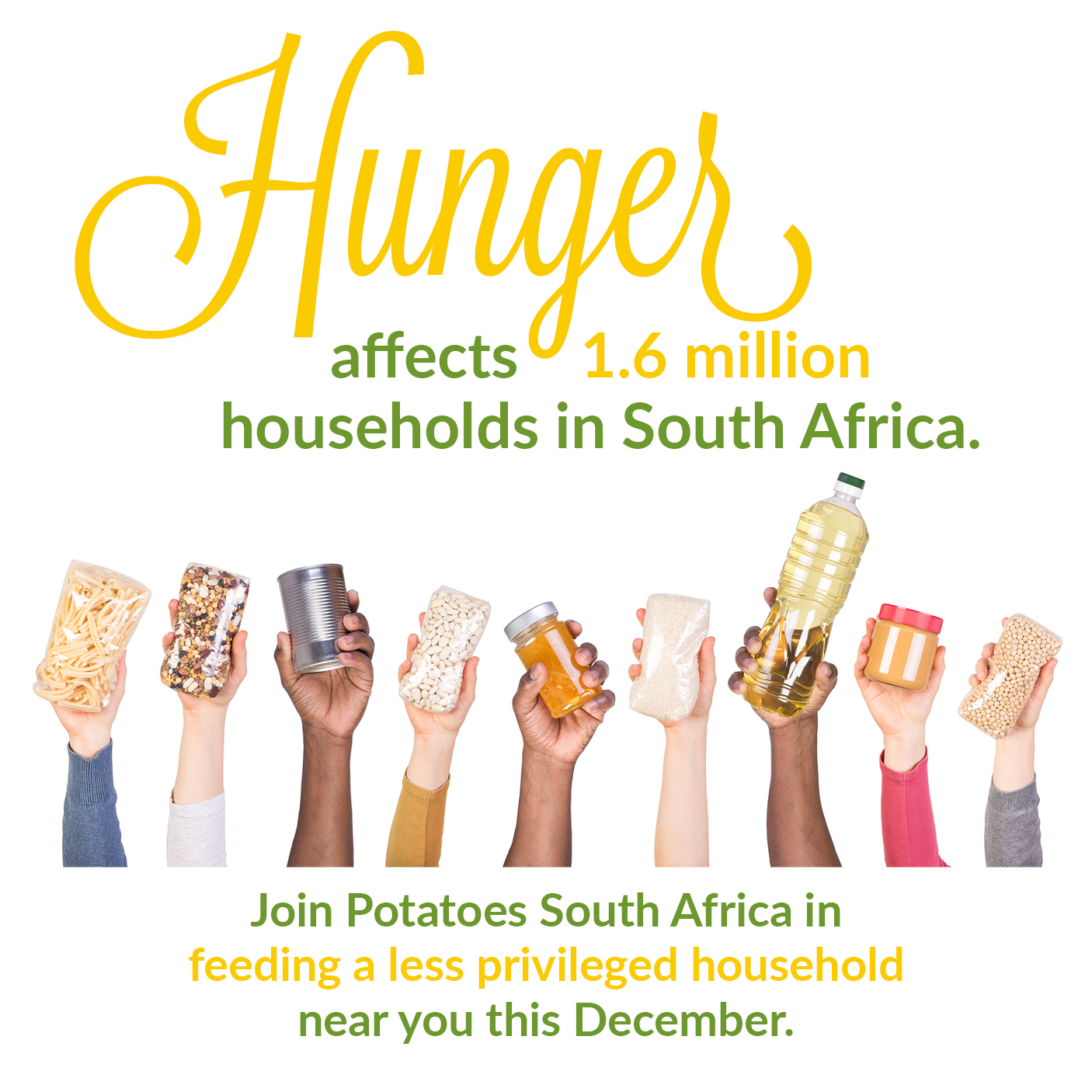 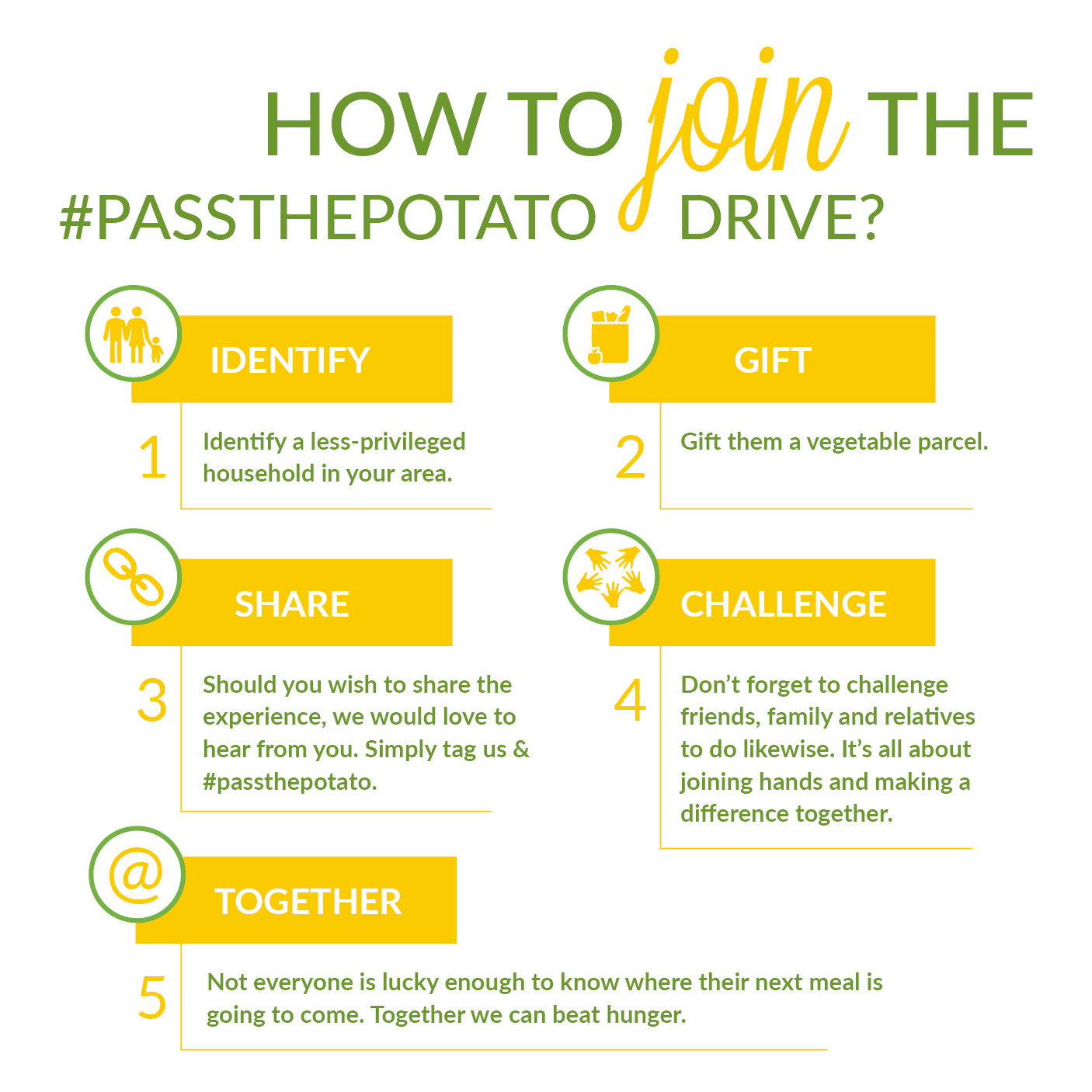 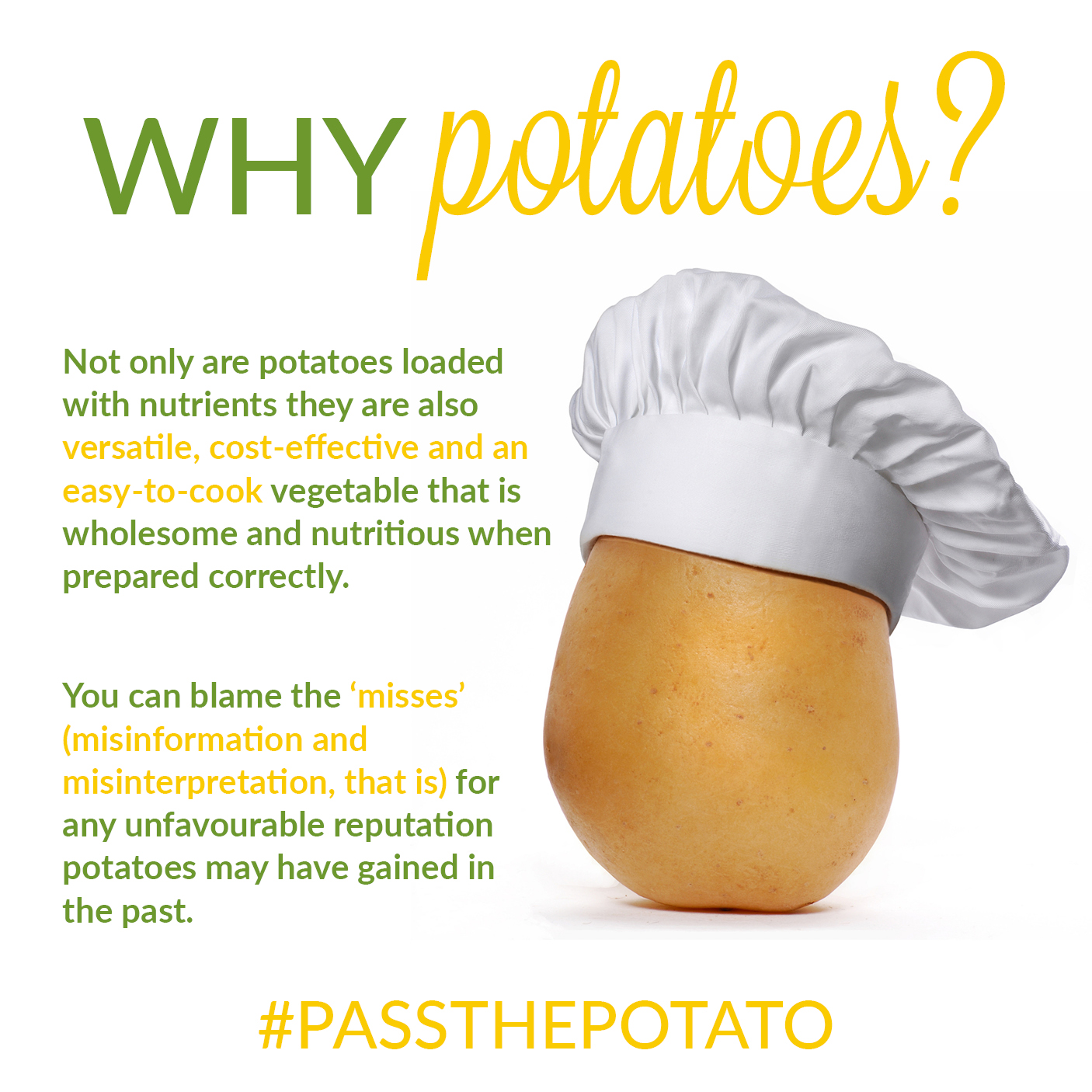 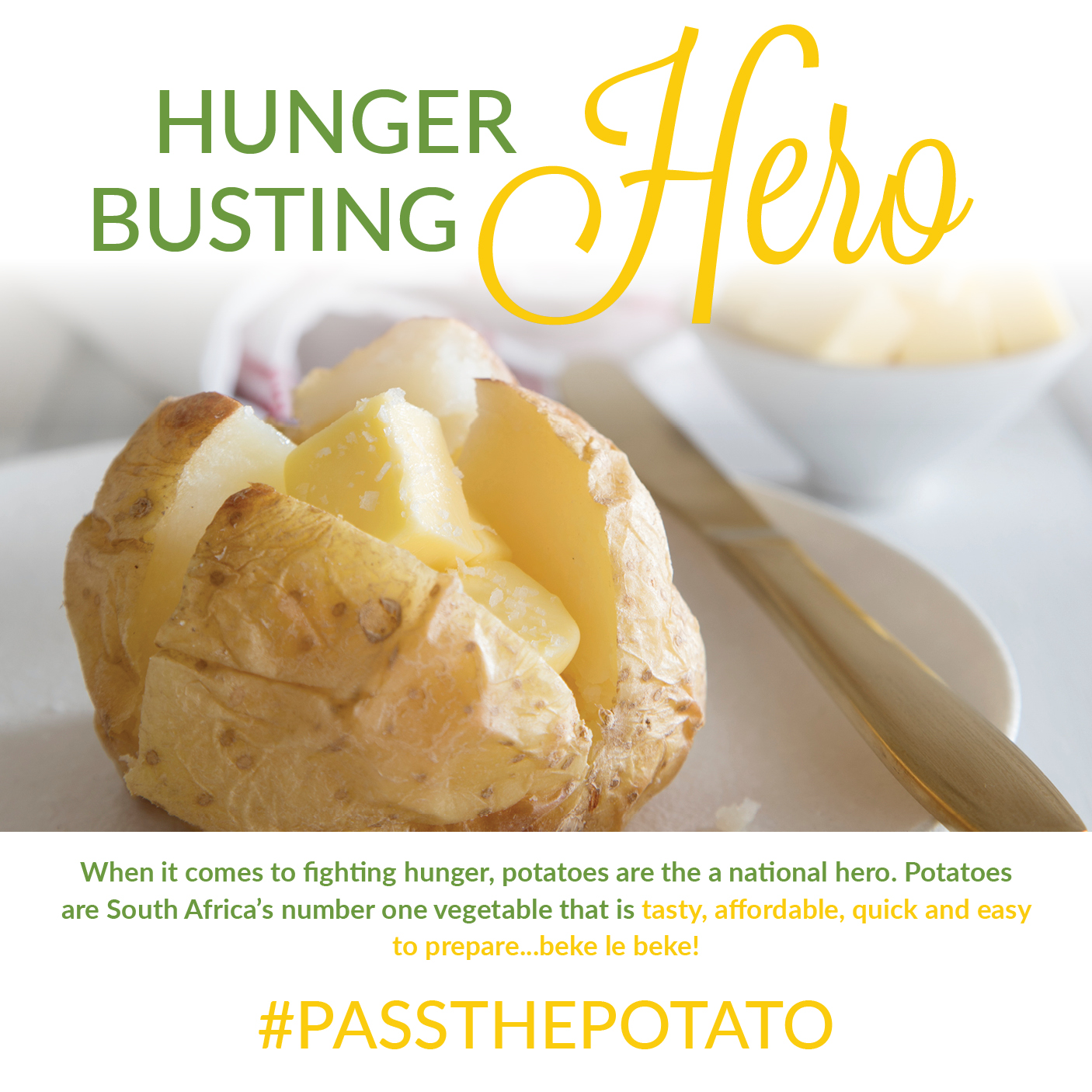 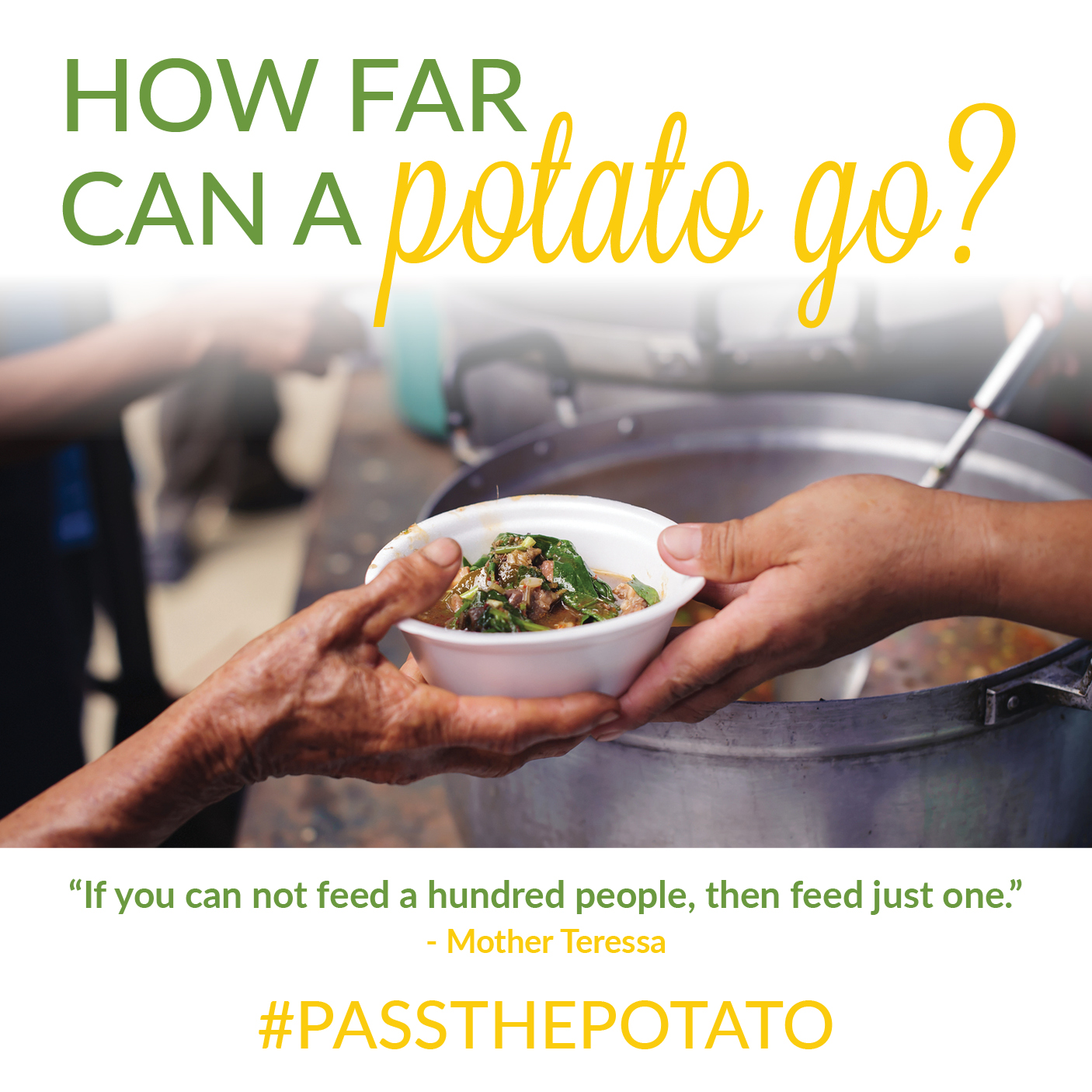